Bhagavad-Gita Ramayana The Iliad Bråvallaslaget – the Book of Invasions

Bråvallaslaget - and the Book of Invasions

There are at least ten amazing similarities between the Iliad and the Battle of Brávellir.

The first similarity is the size of the Battle of Bråvalla and the raid against Troy.

On the battlefield at Brávellir (Or Bråvalla – pronounced Braw Valley) 200,000 warriors meet and at least 40,000 die. The entire northern Europe has apparently gathered to fight on the Brávellir for the armies include Danes, Scanians, Jutes, Geats and Swedes, Norwegians, Saxons, Angles, Frisians, Irishmen, Englishmen, Vends (Wends), Russians from Gardariki, Gutes from Gotland, Finns and many other people.

By Saxo and in the Icelandic sagas, we meet the three shield fighting Danish women Hede, Vebjørg and Visma.

Pallas Athene comes three times in the shape of a man. First as the Achaean Foinix (Il. 17-544), then as a human being to comfort Achilles (Il 21-284), and finally as the Trojan Deifobos to entice Hector into an unequal battle against Achilles (Il. 22-227).

There are six large and small similarities between:

— The raid against Troy in the Iliad

— The Battle of Brávellir from Saxo and the Icelandic sagas

— The Book of Invasions from Ireland

— The South Indian epic the Ramayana

The second similarity is the Danaan Achilles in the Iliad and the avatar and god Krishna in Bhagavad Gita. Krishna is wagon driver for Pandus’ son Arjuna.

Both Achilles and Krishna die from an arrow shot in their heel, the only place they are vulnerable.

The fourth similarity is the fighter Ubbe the Frisian in the Battle of Brávellir and the warrior Bhisma fighting on the side of the Kaurava brothers on Kurukshetra.

Ubbe the Frisian fights on the Danish side in the Battle of Brávellir and there a swarm of arrows take his life.

– One hundred and forty-four arrows sat there in his chest before his body was tapped for forces and he sank to his knees (Saxo 8.4.7).

English records show that a trained marksman with a longbow could shoot 12 arrows per minute. In combat they carry a quiver with 12 arrows at the hip.

Bhisma dies in the Mahabharata War with so many arrows in his body that they bear him up from the ground for a long while before he dies. When he is lying on his death bed of arrows his enemy Arjuna comes to say goodbye to him. Bhisma asks for support for his head for now he is tired, and asks Arjuna to put three arrows under his head so it rests on the arrow-heads.

He lies so for the rest of the battle and dies finally without harsh words and without complaint.

Bhisma dies either by damage shock, anemia or hyperventilation.

Bhisma dies on his bed of arrows. The same scene can be seen as relief at Angkor Vat in Kampuchea.

Ubbe the Frisian dies in the Battle of Brávellir in the same way with twelve times twelve arrows in his body.

This historical account is perhaps the inspiration for fakirs lying on their bed of nails.

The Indian epic Ramayana is the same war

as the Iliad and the Battle of Brávellir

And the same war as the Tuatha De Dananns’ war in Lebor Gabala – The Book of Invasions on Eire (Ireland) and the battle of Kurukshetra in the Indian heroic poem Bhagavad Gita.

It all started when the Danaans from Seeland in Denmark around 1230 BC attacked the Trojans in Troy, which is the city of Bergen on the island of Rügen in nowadays north German landscape Pomerania.

The core of the South Indian epic Ramayana follows the same track as the other four heroic poems.

The Ramayana (Sanskrit 'The wanderings of Rama') is an ancient Indian epic which tradition attributes to Valmiki, a wise man. The Ramayana is available in several poems, for example these three in translation into Danish and Swedish. 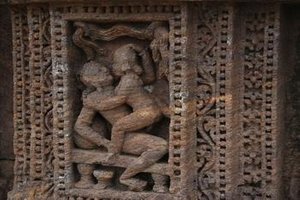 Aubrey Menen, The Ramayana, As Told by Aubrey Menen. Aubrey Menen was born in India and follows the traditional Ramayana from Valmiki.

Allan åkerlund, Prins Rama och demonerna, in Swedish. This is a voluptuous narrated version with many sections which other translations omit.

There are at least eight similarities between Saxos’ History of Danmark (Gesta Danorum), the Ramayana, the Iliad and the Odyssey.

– In the Ramayana the demon king Ravana kidnaps queen Sita and takes her to his fortified town on the island of Lanka.

– In the Iliad the divine beautiful Helen is abducted to the fortified city of Troy on the island of Rügen.

– In the Ramayana, Rama and Ravana are fighting the final battle on the island Lanka.

– In the Iliad, Achilles and Hektor fight the final battle outside Troy on the island Rügen.

– In the final battle against the demon king Ravana of Lanka prince Rama is wounded in his leg by an arrow that tears a deep wound. He survives that.

– At the Scaean Gates Achilles is shot in his heel by an arrow from the God Apollo in disguise as the Trojan Paris. He dies from the wound.

Achilles is otherwise invulnerable except in his heel. Therefore, a weak point is called an Achilles' heel.

All eight similarities can be found on pages 168-170 in the book Odysseus – Isse from the island Od in Denmark which you can find under Documents and Links. 12 mb, 202 pages.

so his vile plan fails. Helen endured as captive in Troy.

The Ramayana is as a national epic in many countries in Southeast Asia.

As the Ramakien in Thailand, the Ramakavaca on Bali, Maradia Lawana in the Philippines, the Reamker in Cambodia (Kampuchea) and Yama Zatdaw in Myanmar (Burma).

The monkey god Hanuman is general in the Ramayana – and thus Odysseus in the Odyssey – is the main character in the Chinese epic Journey to the West in the Great Tang Dynasty.

The Mahabharata and the Ramayana are created in the epic age from around 300 BC.

The Mahabharata is created from about 300 BC to about the year 300.